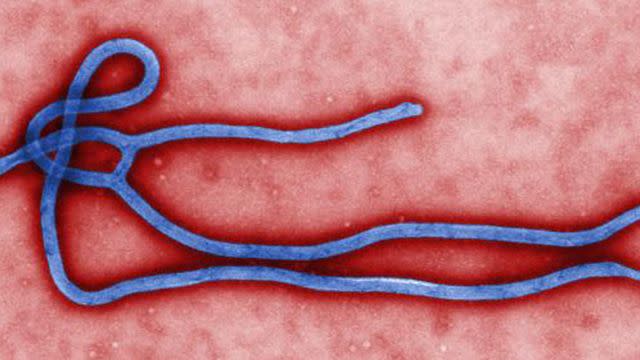 Fears that the west African Ebola outbreak could spread to other continents grew on Wednesday with European and Asian countries on alert and a leading medical charity warning the epidemic was out of control.

Doctors Without Borders (MSF) said the crisis gripping Guinea, Liberia and Sierra Leone would only get worse and warned there was no overarching strategy to handle the world’s worst-ever outbreak of the disease.

Hong Kong announced quarantine measures for suspected cases, although one woman arriving from Africa with possible symptoms tested negative, while the EU said it was ready to deal with the threat.

The International Civil Aviation Organization (ICAO) has held talks with global health officials on potential measures to halt the spread of the disease.

In Britain, Foreign Secretary Philip Hammond chaired the government’s COBRA crisis management committee to assess the situation, although only one person has tested negative for the disease.

“The prime minister does regard it as a very serious threat,” Hammond said. “We are very much focused on it as a new and emerging threat which we need to deal with.”

He said the emergency meeting had decided that the best approach was to provide “additional resources to deal with the disease at source” in west Africa.

Ebola can kill victims within days, causing severe fever and muscle pain, vomiting, diarrhoea and, in some cases, organ failure and unstoppable bleeding.

Since March, there have been 1,201 cases of Ebola and 672 deaths in Guinea, Liberia and Sierra Leone, according to the World Health Organization (WHO).

The European Union is equipped and ready to treat victims should the deadly virus be found in its 28 member states, an EU source said in Brussels.

“We cannot rule out the possibility that an infected person arrives in Europe but the EU has the means to track and contain any outbreak rapidly,” the source said.

The isolation and negative testing of a suspected case in Valencia in Spain showed that the “system worked”, added the source.

“The level of contamination on the ground is extremely worrying and we need to scale up our action before many more lives are lost,” said EU Humanitarian Aid Commissioner Kristalina Georgieva.

In Hong Kong, a densely populated city previously scarred by disease outbreaks such as the 2003 SARS epidemic, health officials confirmed they would quarantine as a precautionary measure any visitors from Guinea, Sierra Leone and Liberia who showed fever symptoms.

One woman arriving in the southern Chinese city from Africa, who showed symptoms including fever and vomiting, has tested negative for Ebola.

Bart Janssens, MSF’s director of operations, warned that governments and global bodies had no “overarching view” vision of how to tackle the outbreak.

“This epidemic is unprecedented, absolutely out of control and the situation can only get worse, because it is still spreading, above all in Liberia and Sierra Leone, in some very important hotspots,” he said.

“If the situation does not improve fairly quickly, there is a real risk of new countries being affected,” he told La Libre Belgique newspaper.

In Canada, local media reported that a Canadian doctor had put himself in quarantine as a precaution after spending weeks in west Africa treating patients with the virus alongside an American doctor, who is now infected.

Meanwhile in Sierra Leone, a doctor in charge of an Ebola treatment centre became another victim of the virus.

A spokesman for the French foreign ministry said they were offering technical support and expertise on the ground in west Africa.

Togo-based pan-African airline ASKY, which serves 20 destinations, said it halted all flights to and from Liberia and Sierra Leone following the death of a passenger from the virus.

The 40-year-old man, who travelled from Liberia, died in Lagos on Friday in Nigeria’s first confirmed death from Ebola.

The virus crossing borders for the first time by plane could lead to new flight restrictions aimed at containing outbreaks, the world aviation agency said.

“We will have to act quickly.”

Patrick Sawyer with one of his three daughters (KSTP-TV)

A former Minnesota resident infected with the Ebola virus who traveled from Liberia to Nigeria before he died from the disease had planned to visit family back in the United States next month.

Patrick Sawyer, a 40-year-old father of three, sparked a global health scare when it was discovered that he had transported the virus across borders in Africa, and news of his plans to travel back to the Minnesota town where his wife and children still live ratcheted up fears that the virus could spread to North America.

Patrick Sawyer, a Liberian national who moved from Minnesota to Liberia to work for the country’s ministry of finance, collapsed in an airport in Lagos last week after showing symptoms of the disease. He died Friday in what health officials determined to be the first probable case of the Ebola virus in Nigeria.

Sawyer’s death has rocked the West African community in Minnesota, home to the largest Liberian immigrant population in the United States.

“Everyone knows Patrick,” Decontee Sawyer told KARE-TV. “It’s hit everyone’s front door, and they feel like they’ve lost a best friend and brother, and they are awake now.”

Decontee said Patrick had been caring for his sister, who had fallen ill with what later turned out to be Ebola.

There have been 1,201 reported cases and 672 deaths from the virus in Guinea, Liberia and Sierra Leone since the recent Ebola outbreak began in March, according to the World Health Organization.

According to Decontee Sawyer, her husband was scheduled to travel to Minnesota in mid-August for two of his daughters’ birthdays.

Minnesota health officials met with community members Monday. Coon Rapids is home to a large West African community, and officials have warned residents to be on extra alert since Sawyer’s death. A memorial service for Sawyer is scheduled on Sept. 14 in Coon Rapids.

“This can’t happen anymore,” Decontee Sawyer told KSTP-TV. “I don’t want any more families going through what I’m going through. So I pray, and then I’m ready to fight.”

The 34-year-old widow says she is working to raise awareness about the dangers of an Ebola outbreak in the United States.

“Patrick was coming here. What if he still wasn’t displaying symptoms yet and came?” Sawyer told the Pioneer Press. “He could have brought Ebola here. Someone else could bring Ebola here.

“I don’t want all of this to be for nothing,” she said. “I have three girls who will never get to know their father.”